☑ Participate in a Bar Crawl

Though it may come as a surprise to some, Calvin and I have never participated in a Bar Crawl before. So when we heard about a 90s Bar Crawl happening in DC we knew we couldn’t miss out on the opportunity. Discounted alcohol with a 90s theme? It’s the perfect millennials’ dream. The approximately 8 thousand other people who attended the crawl seem to agree.

Our first stop was at The Front Page for registration where we picked up our wristbands and commemorative cups, and met up with our Bar Crawl group, Calvin’s brother and his girlfriend, and another friend. From there , we used our handy dandy interactive map provided by the event site and we set off on the rest of our night. Technology is amazing.

Our night of vigorous drinking included – 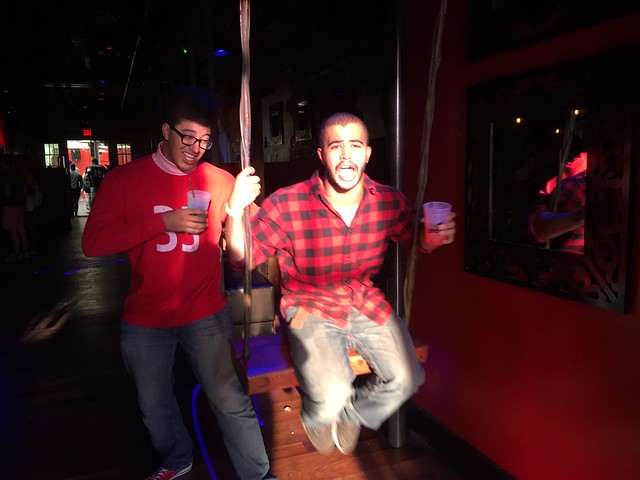 $3 Rails @ Dirty Martini <- We stumbled upon this place by accident since they were somehow left off of the official event map. Consequently, they were pretty dead. On the other hand, there was no line at the bar AND they had an indoor swing! We might have been just a tad too enthusiastic about it. 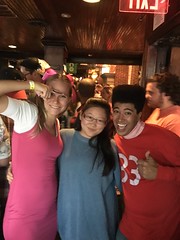 Mystery drinks and $2 Neon Shots @ Sign of the Whale <- here we came across a random Helga, glorious unibrow and all, and had to take a group photo

* At this point, we lose two members of the group and are left with 3

Once we reached The Bottom Line I realized that I had left my ID at Rumors and had to go back to retrieve it. Maybe I should add buying a wallet to my bucket list… By the time we make it back to The Bottom Line, we lose the 3rd member of our group.

Calvin and I would have to complete the journey alone.

Unfortunately, at this point the drink specials were all done. But we wouldn’t be deterred from completing the crawl. We order some rails, rock out to some Britney Spears, then head on our merry way.

Eventually, we drag ourselves into the last stop, Blackfinn Ameripub, exhausted, but triumphant. Though by that point, the lack of eating/drinking water hit us with a vengeance. *Edit* I lied/blacked out. We actually did order drinks. We’re just that dumb. Something we probably should have done 2 or 3 bars back. Unfortunately, by the time the food arrived we realized that we just couldn’t do it and took our food to go. It was the longest Uber ride of my life. 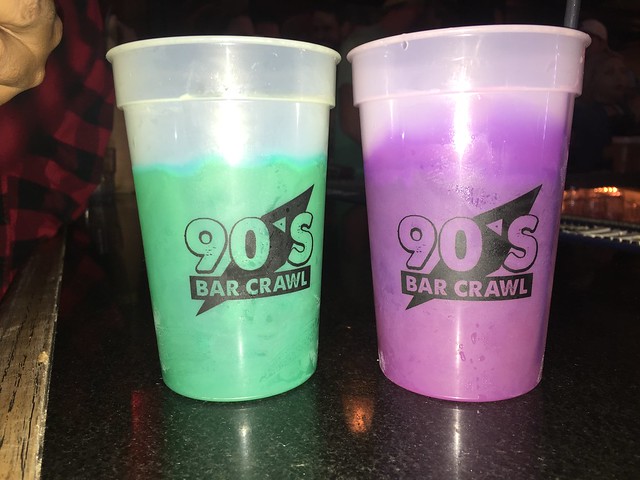 Conclusion: Despite not drinking at the last stop, I would consider my first ever Bar Crawl a success. Cheap drinks with fun people and hey, at least we made it to all the stops. Taking into account my not-so-little hangover the next day, I don’t think I’ll do another Bar Crawl any time soon but it was amazing while it lasted.

The people behind the Bar Crawl organize these events all over so if you’re interested then check them out.